“Extremely tiring and demanding, it drives your concentration to the next level …. It’s right up my street!” For the participating choreographers, the talent development programme Europe in Motion is an excellent opportunity for a shared reflection on their own work. This report covers the three editions in all three countries.
Europe in Motion. An ambiguous title for the international talent development programme for choreographers that nicely covers the different overtones. Across the national borders it moves body and mind. A total of 36 participants in the 2008-2009 programme live and work in Romania, the UK and the Netherlands, although the number of nationalities totals more than 12. All these different identities and all the individual experiences of life come together in the work sessions and presentations in London, Nottingham, Bucharest and Utrecht. This has significant impact. For choreographer Cosmin Manolescu from Romania for instance, it represents contact with Western Europe: “In Bucharest you are after all more or less isolated as an artist, there is no-one who will come to see us, so the exchange is a stimulus.” Conversely, many of the participants from the UK and the Netherlands were impressed with the Romanians who ‘in their isolation’ create art that appears to magnify the turbulence of the situation in their country. Their unyielding reality leads to a rough art, whereas the ‘Westerners’ rather seem to be wrapped up in conceptual philosophy. In his work, Cosmin Manolescu for instance responds to a country and a people wrestling with the end of a communist dictatorship; while in her turn, the British-Greek Efrosini Protopapa says she is obsessed with the how of her pieces. In her performance she shows what the origins and creative process of her performance have been. In other words: the how has become the what.

This would at first sight confirm the traditional divide; in countries that are in social turmoil art is used to draw attention to social themes and stories, whereas Westerners concentrate on art for art’s sake which they feel is rated much higher. However, the cliché does not hold up completely in Utrecht, Nottingham, London or Bucharest. One of the main merits of EIM is precisely that it will lay stereotypes and fixed assumptions on the table. According to the also British-Greek choreographer Athina Vahla, the good thing about the programme is “that the ideological battlefield is lacking here; none of the different disciplines within dance are a threat to me here.” National boundaries are shifting and so are the frames of thinking. Participant Jaakko Toivonen, Finnish Dutchman, thought he would live in an unparalleled multi-cultural dance culture in the Netherlands because so many choreographers and dancers with so many different nationalities work there. But in Bucharest he discovered that after all, the different countries are in different stages of development in all aspects of dance. Toivonen found it refreshing for instance to see audiences in Romania reacting very differently than the Dutch audiences he is familiar with. Bucharest audiences were open to experiment and accepted the performances practically without any hesitations, whether they were finished or not, and whether they were good or not.

In this respect,Europe in Motion helps its participants see clearly on several different aspects. One of the more experienced participants, the British New-Zealander Simon Ellis, put it like this: “The resistance to changing your mind, to adjusting your own ideas and positions, has gone. Just think, you spend years building them up, and after only ten days you’re willing to see things differently. Of course I don’t know what I will and won’t hold onto after this Europe in Motion, but what I do know is that this has been a unique opportunity. I have freed myself from all the processes that have become automatic to me. My colleagues have shown me new and different strategic ways of working. You might even say that a new kind of sensitivity has been awakened in me because of Europe in Motion.”

Whereas to the more experienced participants EIM has the effect of easing them away from their thought patterns and habits and reconsidering them, for the most tender choreographers EIM is mainly a process of becoming more conscious. Chris Dugrenier from the UK writes that she felt that watching and listening to 11 other artists had been like slipping into a warm bath. In the exchange with her colleagues she found out what was necessary for her, and what did and did not work for her. “Having to reflect on your work and take out what is important, finding ways to explain it to other practitioners in your own words and simply having to stand and present is an experience I was anxious about but proved to be very valuable. I have more confidence now talking about my work.” Efrosini Protopapa confirms what her colleague has said: “I felt I benefited hugely from the discussions, and especially the ones focusing on individual people’s practices. These discussions helped me position myself too in relation to other people / tendencies / practices, and so I gained a better understanding of what I do, both when I presented my work and when I started to discuss other people’s work.”

This process of becoming a more conscious artist would normally take years and is often a relatively individual matter; in the EIM meetings this awareness seems to develop at fast forward speed. The participants put intuition into words, others will translate what you are trying to explain for you, thinking almost acquires a common language, and this feeds inspiration.

An experience shared by nearly all the participants is how much their colleagues will teach them. Their courage to create what they want to create is rewarded, as is the freedom they have taken to search for extremes, fulfil their desire to experiment, to take risks, and to join in a shared reflection on individual obsessions and traps in their work. The participants will lean on each other, learn to put their search in dance and performance into words and to dramaturgically rise above their subject matter. That this can be difficult at times, or even confronting, is only natural. One of the young participants even wonders whether he wants to be able to articulate what his work is about. The work sessions have created a dilemma for him, because he does not want to be known as an airy-fairy artist while he also wants his performances to rise above the level of the verbal. He leaves for home filled with more questions than answers, but he does indicate that he has found the programme extremely educational and pleasant. Athina Vahla described it as “learning to ask yourself questions that you have never asked yourself. You are actually giving meaning to what you do.” Romanian Eduard Gabia added: “The exchange also presents you with problems that you didn’t have before. When you hold your work up to the light like this, you’ll suddenly discover so many bottlenecks.”

The fact that participants all bring their presentations and performances to the programme in all three countries is perceived as a good formula. Even though these may not always be of equal value. Some bring in a work-in-progress, a scene from a performance that has yet to become a performance, while others bring in an existing performance that has already had its official première. In Bucharest (where the work sessions were linked to the presentations) this has affected the feedback: reflecting on a ‘try-out’ is after all not the same as reflecting on a completed performance. The unfinished work turns out to be more vulnerable than a product that has already been through all possible phases of despair and in which at least every artistic choice has already been made. In managing the often personal talks – after all, as an artist you are displaying the bare fruits of your mental labour to others – the role of a good moderator is a crucial one. The participants felt it had been a good idea for the three organisers to choose to appoint two mentors for each edition. The dramaturgical mentors who assumed the role of facilitator and coach were most highly valued. They asked the basic questions that the choreographers needed to become more conscious of their artistic development. Without judging it. This was proved by an example from Bucharest when the mentors there, Peter Stamer and Silke Bake, noticed beforehand one of the choreographers did not take other participants’ feedback on her presentation too well. During the work sessions they offered a safe structure in which they asked the participants just to give a pure description of the opening scene. What had they observed, who was on the stage, and what happened? Without any judgements such as: I liked it, or, I thought it was worthless. Funnily enough this proved to be difficult enough for the participants, but it also turned out to be confrontational in an unconfrontational way. By keeping the choreographer from responding instantly (to ‘defend herself’), in accordance with the rules that had been laid down before the start of the session, the two mentors had created an open atmosphere in which ultimately everyone felt safe to speak freely. Stamer and Bake used various methods to manage the vulnerabilities and emotions. The same applied to the dramaturgical coaches Rose Fenton in Britain and Igor Dobricic in Utrecht. Although their sessions had not been linked to the presentations, the participants appreciated their increased personal distance from creating performances. Which does not mean that there was no appreciation for the mentors who worked as choreographers themselves. On the contrary: a number of participants indicated that these fellow makers understood exactly what the participants were working on.

All of the work sessions came to a point where one artist became the focal point. He or she would choose, to get the session going, a practical exercise, that could range from a special yoga session to trying out a certain dance technique. Following on from this, the choreographer would give a presentation. Some would play a video, others might give a ‘lecture’. Or they would come up with a note pad filled with philosophical questions and thoughts. Then the other participants would select those points they had found most striking – or, by contrast, most in need of explanation – to help the choreographer at the centre of the session think and give them feedback. This was the point of recognition for many of the participants, because many of the questions and intentions turned out to be shared by the others. In Utrecht, one of the participants’ sessions briefly touched upon the question of how a short video could represent their intentions or even their work to funding institutions, audiences, or colleagues.

The investment made by Europe and by Springdance, Dance4 and the National Dance Centre in Bucharest (CNDB), will benefit the artistic development of the participating individual choreographers, and will also reflect in the development of European dance and performance in general. The encounter and the exchange will make dance brim over with new life once more. Or as one of the participants has put it: “I loved being part of the festival and this brought a different energy to the whole EIM project. Certainly, I feel that my next project will start in a much more focused way, given that I have discussed some of my interests in that piece with the EIM participants and the two moderators.” 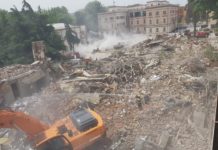 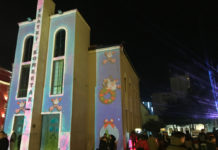 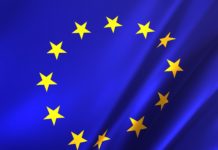 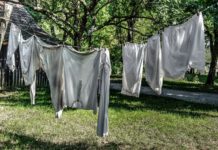